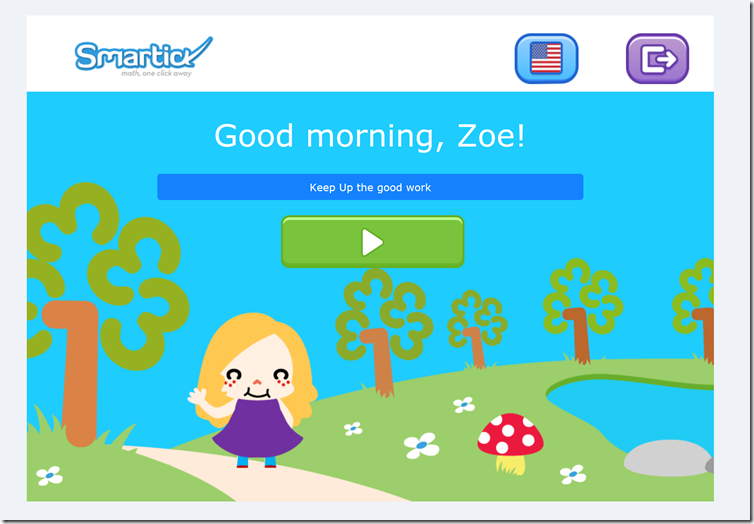 When Louise Bishop realized her daughter was working below grade level in math, she was totally baffled. She had been homeschooling for about three years and her children seemed to be progressing through their school work rather quickly. Since they were grasping concepts so easily, she considered moving them up a grade. They were using K12 iacademy and even though her daughter never really enjoyed math, Louise assumed she was doing well. Until she decided to have Zoe take a proficiency test to see where she really stood.

Around that time, she came across Smartick Method and decided to give our math program a try. She thought maybe Smartick would help to raise her daughter’s math scores.

The Artificial Intelligence that powers Smartick successfully placed both her kids at the right math level. “My daughter realized that she was behind and gets frustrated sometimes with how easy the program is, but I know they are skills that she actually needs to be improving on,” Louise explains in her blog post.

As for her son, he loves math to the core. In fact, the first thing he does every morning is complete his Smartick daily session! Smartick has them do only about 20 minutes of math a day. They keep the sessions short so the child will not get bored or frustrated with the math program itself. As long as they keep them interested and into the program, the child wants to log in every day and complete their assignments.”

Her kids also enjoy the Virtual World and the scientifically designed games that come with it. And as a parent, she enjoys the convenience of the daily reports sent directly to her and the easy-to-access information on the parent dashboard. 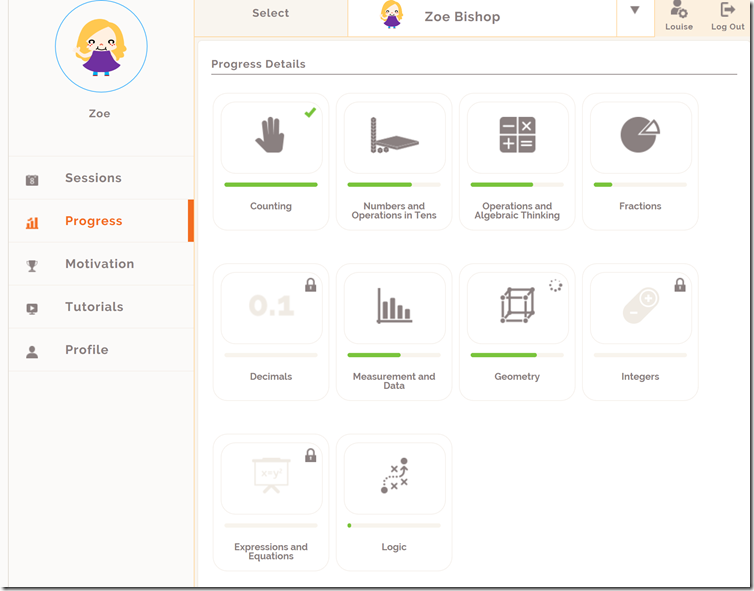 Visit our website and register for our free trial today! 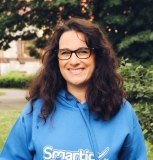