We need to start by understanding that there are fractions that look different but represent the same amount.

For example: let’s take the case of this fraction, four eighths. 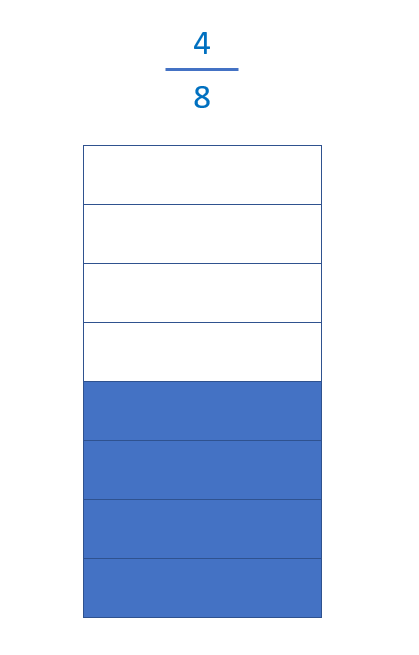 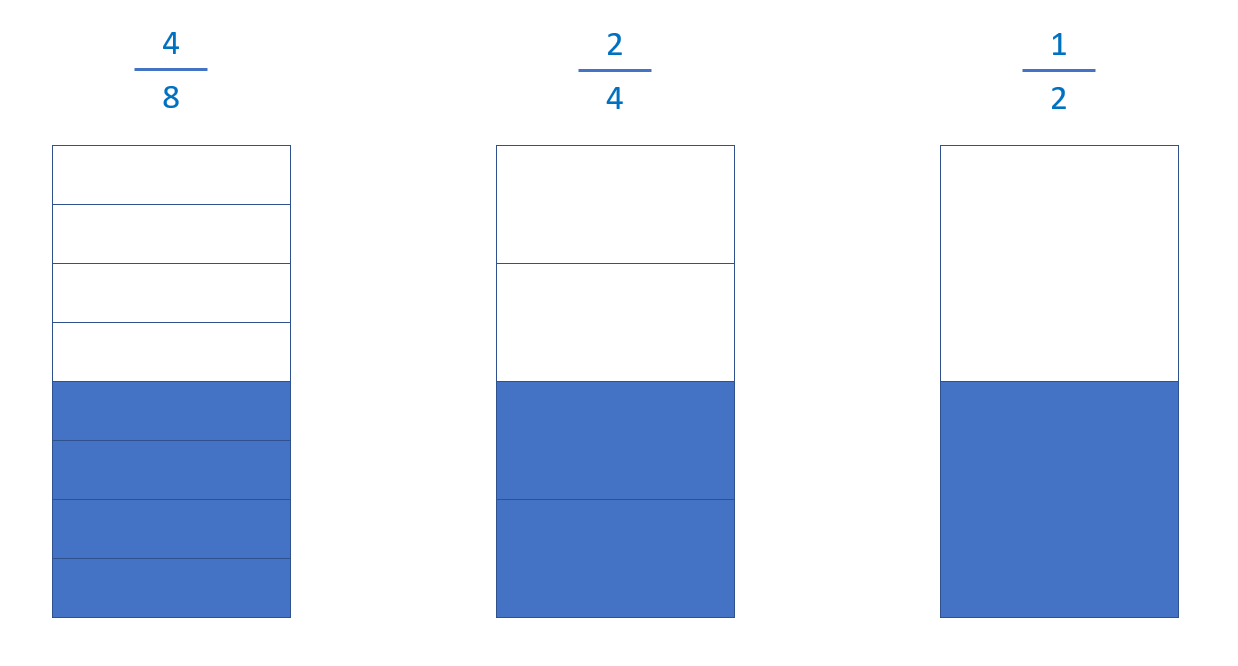 All fractions that represent the same quantity with different values are equivalent fractions.

In this case, look closely at the two fractions on the right. They have something in common, they represent the same amount as four eighths, but with a smaller number of parts.

The simplified fraction of another fraction, as in the previous example, represents the same amount as the original fraction but with fewer parts.

Now we’re going to learn how to simplify a fraction mathematically.

We have to divide the numerator (4) and the denominator (8) of the original fraction by the same number. In this case, we divide them both by 2. The fraction that we get as a result is a simplified version of the previous one. 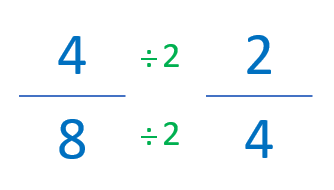 We can keep simplifying our original fraction to try and find an even simpler one. So, if we divide by a bigger number (4), the result is one half.

If we put these fractions in a sequence, we can see that a half is also a simplified fraction of two quarters.

Finally, what happens when we find ourselves with a fraction that we can’t simplify? For example, a half?

Fractions that can’t be simplified are called irreducible fractions.

I hope you’ve enjoyed learning how to simplify fractions!

If you want to keep practicing and learning about equivalent fractions and simplifying fractions, log in to Smartick and try our online math learning method for free.