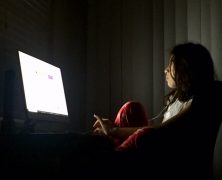 Is math important for your child’s future? For many families, the answer is a resounding yes. Dominating the foundations of the subject can shape who they are as students but also influence how they see and interact with the world around them. Working on extra math outside the classroom is not abnormal. Kansas resident and Smartick mom Lina understands the significance of creating a strong math base for her daughter Victoria. For this reason, Lina researched different math programs and chose to stick with Smartick from the get-go.

Above and Beyond the Classroom

Why did you choose Smartick as opposed to working on other online or traditional programs?

Smartick has a great reputation. We found it online and after several hours of reading reviews, we decided to give it a try. My daughter loves the program and has been engaged with it since day 1.

Victoria likes everything about it. However, her favorite parts are the changes in color, patterns, different avatars and the new concepts with shapes and geometry, etc. (she is very visual).

As a parent, what do you value about Smartick?

As a parent, I definitely value the information that is given to us on a daily basis. The most valuable factor of the program is the independence my daughter is given to do her own work.

What are some ways you help motivate your daughter to complete her daily sessions? Do you have a particular routine?

Victoria is always looking forward to her session. I believe the diversity of math problems, logic, and coding (her favorite) sessions are big differences compared to other traditional programs.

Have you seen any changes in Victoria’s math skills/grades or attitude towards the subject?

Yes. Her math skills and grades have improved a lot. Victoria’s logic and mental skills have improved and the changes show in school and on a daily basis. In fact, she told me the other day that she wants to be a mathematician when she goes to college!

Do you think working on extra math outside of school is important? If so, why?

Yes. I believe math and science are the basic knowledge to understand everything that happens around us. As parents, we should not be satisfied with what is taught in the classroom. Instead, every single situation, both in and out of school, is an opportunity to teach our kids. It’s a chance to help explain the reason and answer the whys of the world.

Want to hear what other parents and teachers have to say about Smartick? Discover more here. 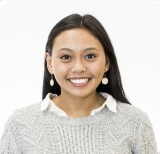