Robby’s New Laboratory. What are Variables in Coding?

Robby is very excited because he has just launched the laboratory!

It is a new activity during Coding sessions, the Smartick tool for children to learn programming through playing.

Robby’s laboratory is a new environment to teach concepts like the use of variables, input and output, and types of data in programming. 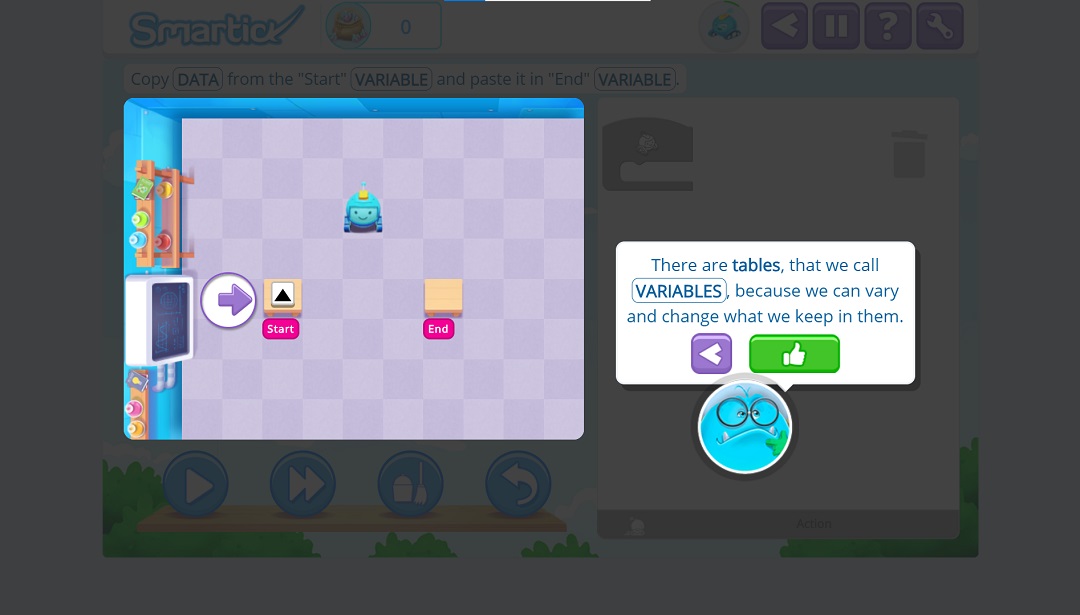 These concepts materialize into concrete objects that can be easily identified throughout the activity:

New Blocks and Blocks You Know

The activity appears in advanced levels during Smartick Coding sessions. The children have previously learned some concepts and at this point, the vertical block interface is familiar to them.

In Robby’s previous scenario with isometric maps, the children were already using repetitive commands, like the Repeat Loop and While Loop. They were also using conditionals and logic operators, something that continues into the new scenario.

In the laboratory, they also have new blocks specific to the scenario that allow children to work on concepts like variables, input and output, properties of data, and structures.

One of the values of Robby’s laboratory is that the instructions the children need to use to solve the proposed missions are not much different from the instructions a programmer would use to write code.

New Actions in the Laboratory: Paint

In addition to variables and other new concepts, new actions have appeared in the laboratory, such as Paint, which can modify the color properties of the data that is being worked with.

Special care has been taken when choosing the colors that Robby can use to paint so that children with difficulties differentiating colors can also complete the exercises. That is why some colors may be missing in the laboratory.

Understanding the Problem and Finding a Solution

The evolution of Smartick Coding with this new activity is not just about the incorporation of new coding concepts. It is a clear commitment to the development of skills that are closely linked to this field.

The development of computational thinking is reinforced, in which it is essential to understand the problem in order to be able to analyze it correctly and find a coherent solution. In the laboratory, the Missions gain strength and must be understood perfectly in order to search for the right solution. 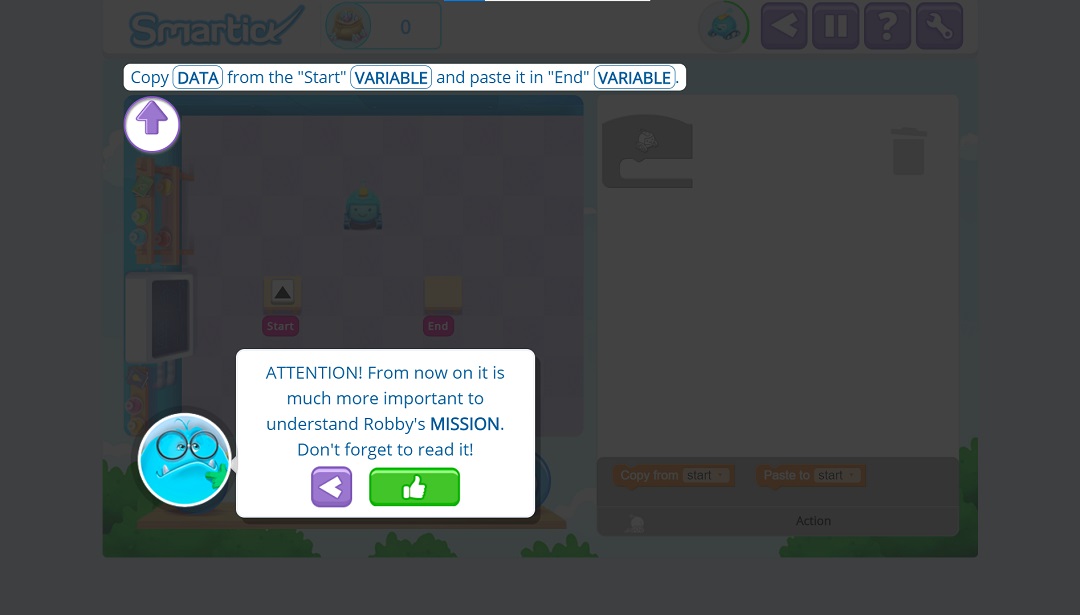 Resilience continues to be strengthened as a highly valued skill in programming. Making mistakes is not a bad thing, it is something that comes with learning. It is important to get rid of the fear of mistakes in order to make space for an attitude consistent with trying. It is a very useful lesson in this phase of learning as well as for current programming professionals since trial and error is an assumed process in this field. 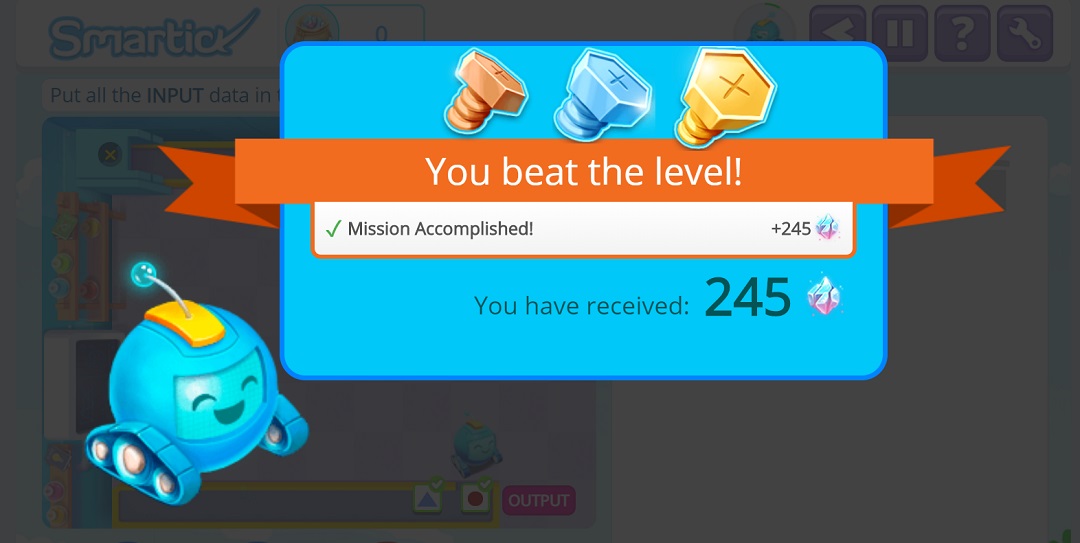 We know the satisfaction of figuring something out for yourself. So, in Smartick Coding. children have a series of mechanisms to help them solve the exercise without being shown the solution.

One of these mechanisms are the clues:

Another way children get help is by being shown a similar exercise that they have already solved correctly as an inspiration.

All of these clues are a small bit of help to orient children’s thinking in the right direction to reach the correct solution.

What’s Next in the Laboratory…

New surprises are being finalized to expand on the knowledge and fun in Robby’s new laboratory, so …keep an eye out for updates!

We hope that all of the children in Smartick enjoy Robby’s new adventure and that, when they get to solve the laboratory missions, they can say that they already know about programming variables and how newer concepts work. Don’t give up! It’s worth the effort.

If you would like to continue learning math and programming adapted to your level and much more, log in to Smartick and try it for free.