“I Chose Smartick to Reinforce Homework” 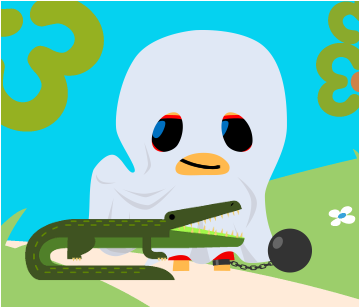 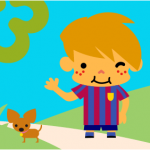 Monica is the mother of two Smartick children, Aaron and Conor. She lives in London and is passionate about maths. In fact, she’s currently studying for a maths degree while working and looking after her children. And she’s also one of those mothers that’s constantly aware of the need for her children to complete their session every day.  We caught up with her in the airport on her way to take a well-deserved break in Norway. For the first time in two years her children won’t do their daily sessions, but I think we can forgive them after such great attendance. We’ve always said that we don’t provide a miracle method, and that Smartick won’t work if children only use it a couple of days a week.

How did you hear about Smartick?

It was pure coincidence. I was thinking about starting them on an offline paper-based maths programme but a friend sent me an article that mentioned Smartick alongside it. She had also heard plenty of positive things about you.

What made you decide they needed to strengthen their maths?

Because in the British system they don’t get much homework, and I didn’t know how they were getting on at school, how they were doing. I didn’t know what they were studying, because they usually only bring home one worksheet for the whole week. We started off by signing just the little one up because I knew the least about what he was doing, but the older one got jealous. They’re doing well at school, according to their teachers and what they tell me themselves.

In other words, it’s normal for children to do extra school work during the evenings.

Yes, they go to a paper-based maths programme often, for example. Although teachers don’t like it very much, they say they don’t learn why things work a certain way. It’s very mechanic.

Yes. One day my eldest, Aaron, came home from school and told me how he’d used a trick he’d learnt from Smartick to solve a question in a test, and the teacher had asked him to explain it to the rest of the class.

It’s understandable that after two years, they’re going to get tired of it from time to time. How do you keep them motivated?

Well, they have to do it. Although I was much more strict when they started. Now, if we spend a weekend away, I don’t make them do it. And we had an agreement that they do it every other day during summer. We love to see them practising. Right now it’s really helping Conor to understand fractions.

Yes, they like them, and they ask why there aren’t more. Sometimes they find it complicated. They complain when the summary email says they haven’t tried hard enough. That’s when I look over it myself and explain that they need to stop and think more and take their time.

Why did you choose maths to strengthen?

Well, they read a lot, and I help them with grammar and so on. I personally am passionate about maths, and I love to work on it with them.

But you don’t help your children with Smartick…

No, of course not, they do it themselves. If not, it has the effect of cheating the programme.

When you were deciding between Kumon and Smartick, did you distrust an online method?

I thought that the children would like it more if it was on the computer, and since I work in a software company I had no doubts.