The Languages of Smartick and Their Variable Dialects

At Smartick we love languages! Which is why you can complete exercises and tutorials, practice skills with the games in SmartickBrain, and much more in three base languages: English, Spanish, and Brazilian Portuguese.

English is the official language of approximately 67 countries, Spanish is spoken in about 20, and Portuguese is spoken in 10. And all of these languages differ in pronunciation, spelling, and even words depending on what part of the world we’re in! So which of these variants do we offer in Smartick?

Although numbers are the protagonists of math, dialects differ significantly between the English spoken in the U.S and the U.K, for example. We’ve implemented these differences in the exercises in order to adapt as much as possible to the diversity of the different countries across the world.

GB refers to the English used in the territory of the United Kingdom, with adaptations and expressions unique to British English. In the same way, we also offer English adapted to South Africa (SA), which covers any Anglophone country situated on the African continent such as Uganda, Kenya, Nigeria, Cameroon, etc. You’ll notice that the default accent for the audios is British, given that there is no standard for African English.

You’ve probably seen that when you start a daily session you can choose from three variants of English: GB, US, and SA. If you choose GB English, the vocabulary and audios will be completely adapted to ensure any child from the UK (from Land’s End to John o’ Groats) will feel comfortable with the language and understand the expressions we use.

On the other hand, if you choose US English, you’ll notice that the vocabulary and audio are adapted for American English. When talking about American English, we are referring to the English spoken in the USA, for which we adapt expressions and audios where needed.

We also adapt curricular differences such as decimal separators and the different ways numbers are defined.

The differences within the Spanish language are very similar to what we’ve seen with English. In this case, we offer five variants of Spanish: from Spain, Chile, Colombia, Mexico, and Peru.

If you choose Spanish from Spain, the vocabulary and audios are adapted for children across Spain. If you choose Spanish from one of the Latin American countries, you’ll see that the vocabulary and audios are offered in “International” Spanish. International, or “neutral”, Spanish, is a standard variant that unifies expressions and pronunciations, although we make small adaptations depending on each country.

However, it’s very important to know that any of these variants are available to you no matter what part of the Americas you’re in, be it Argentina, Uruguay, Cuba, or even the United States. We’re sure you won’t have any difficulty understanding our exercises and tutorials thanks to International Spanish.

For Portuguese, Smartick has Brazilian Portuguese available. Although it is specifically adapted to Brazil, anyone who speaks Portuguese can complete their sessions with this variant. Even though some expressions may be unfamiliar to you, we’re sure that you will be able to complete your Smartick sessions in an enjoyable and flexible way. 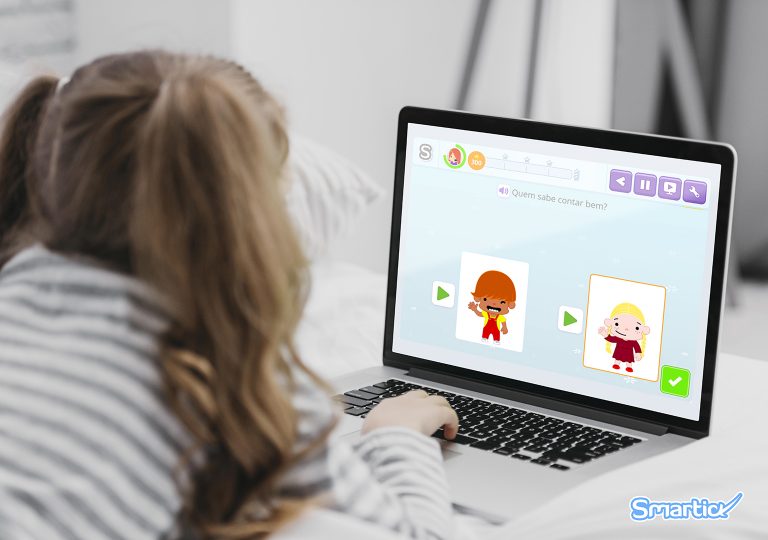 In the event that you find your native language is not available, rest assured that so long as you have an intermediate or higher level of English, Spanish, or Portuguese, you have a sufficient level to practice with the activities and tutorials we have available. Give it a try! And don’t hesitate to create an account with Smartick and practice with us!