Learn How to Solve Division with Decimal Numbers

In this post, we are going to learn how to solve division with decimal numbers. We will see various examples.

Finally we are going to see how to complete division problems until the remainder equals zero.

Dividing a decimal number by a whole number

You divide as though they were whole numbers. Simply put the decimal point in the quotient location directly above its position in the dividend. 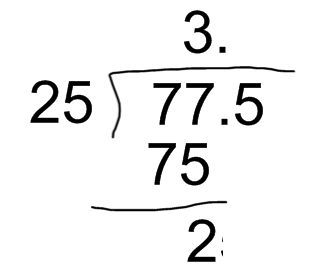 Now, we drop down the following digit. Seeing as the 5 is the first decimal number, we will write the decimal point in the quotient and divide 25 by 25, which equals 1. 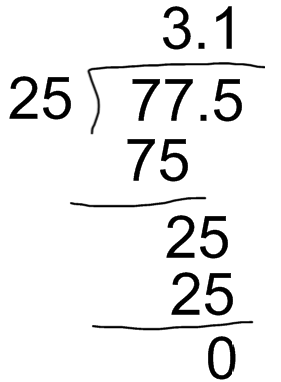 The result of this decimal division by a whole number is 3.1 and the remainder is zero.

Dividing a whole number by a decimal number 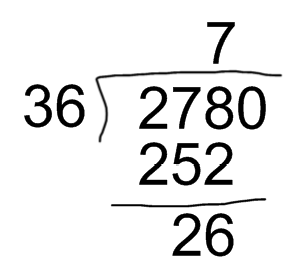 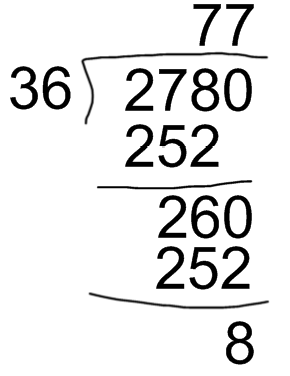 The solution of the division is 77 with a remainder of 8. 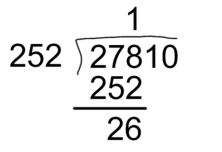 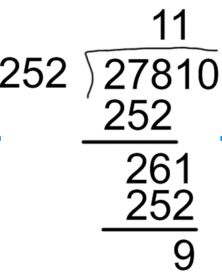 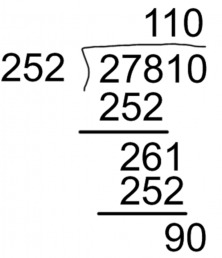 We have already finished solving the division because there are no more digits. The solution would be 110 with a remainder of 90.

Now, we are going to see how to take out decimals. If we are left with a remainder at the end of the division, we write a decimal point in the quotient and we add a zero to the dividend. If we want to continue taking out decimals, we will have to keep adding zeros to the dividend.

We are going to see an example of taking out decimals, dividing 33 by 6. 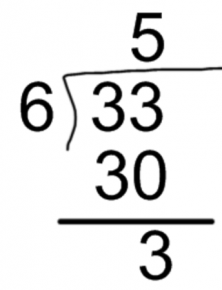 So if we want to add decimals, we have to put a decimal point in the quotient, behind the 5.

Then, we can add a zero to the remainder. 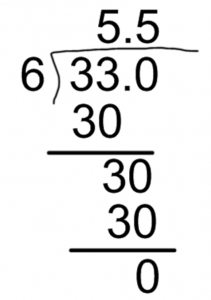 Additionally, now you can learn more about dividing decimals!

Sign up for a free trial at Smartick today!