In this post, we are going to see some mental math strategies, how to prepare children to learn them, and the types that we work on in Smartick.

What Are Mental Math Strategies?

Mental math strategies consist of the use of number facts to solve more complex operations.

Numerical facts are numerical relationships that we have committed to memory that vary from person to person, however, there are some that we all have in common. For example:

At Smartick we explicitly teach mental math strategies. We focus on the most popular numerical facts which are common to most people. Such as doubling numbers up to five (two and two is four), the addition of numbers less than five with five (five and three is eight), and additive decompositions of the number 10 (six and four is ten).

What Do We Need to Learn Mental Math Strategies?

As we have mentioned, in order to learn and develop mental math strategies, we need to have certain numerical facts acquired. We work on this in Smartick focusing on learning:

Numerical sense refers to the cognitive process used to move from identifying quantities associated with numbers to establishing relationships between them. It helps to answer the question “What is seven?” 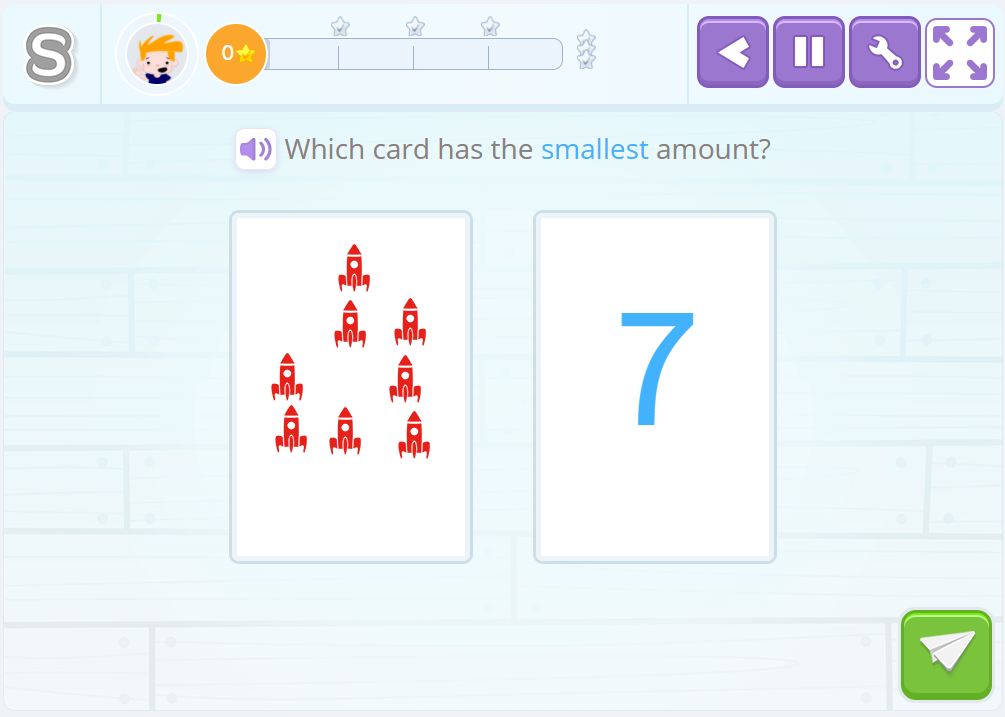 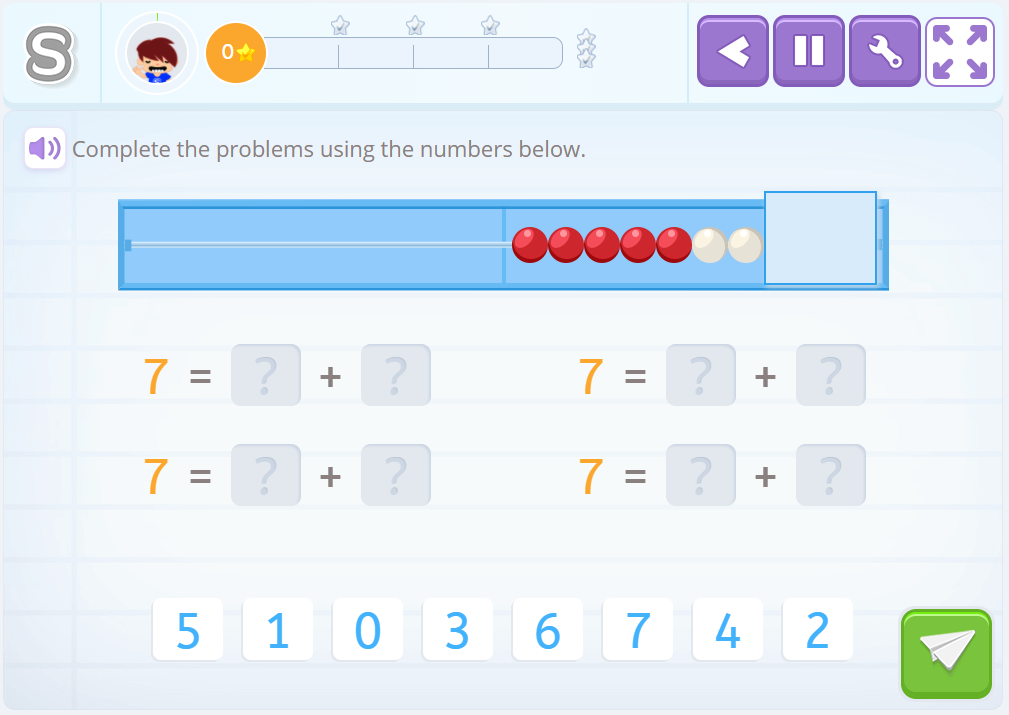 Subitzation refers to the ability to quickly detect the amount that is being represented. In Smartick we use the rekenrek, among other materials, since it gives us a very clear reference to the quantities 5 and 10. These are very important numbers in the acquisition of numerical facts and therefore, the learning of mental math strategies. 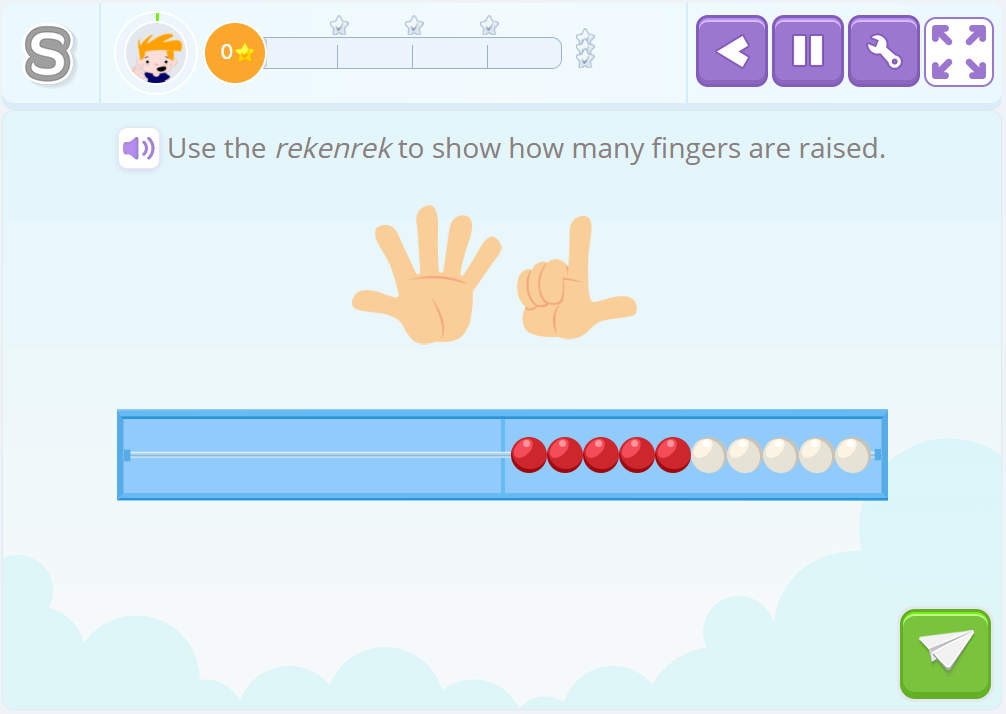 So, once a child has acquired these skills they are prepared to memorize the basic numerical facts and use them to solve other operations.

What Type of Mental Math Strategies are Developed in Smartick?

In Smartick we are developing additive mental math strategies and to make it more manageable, we have divided them into six blocks: three blocks for addition and three for subtraction. These blocks have been established based on the value of the numbers used and among them are the different types of strategies that can be distinguished by how the numbers are treated.

Decomposition strategies have this name because the factors in the operation (addends, minuends, and subtrahends) decompose additively in search of numerical facts. Let’s look at some examples.

In order to solve this operation we break down 6 and 7 into addition problems based on 5, so 5 + 1 and 5 + 2. This breakdown is very common for children who use Smartick because they are familiar with the rekenrek. But most of us have counted on our hands before and therefore decomposition based on the number 5 is very popular.

So we are prepared to apply a very important numerical fact:

Now we only need to add what is missing “the 1 for six” and “the two for seven”, which is 3. In other words, “ten plus three is thirteen.” 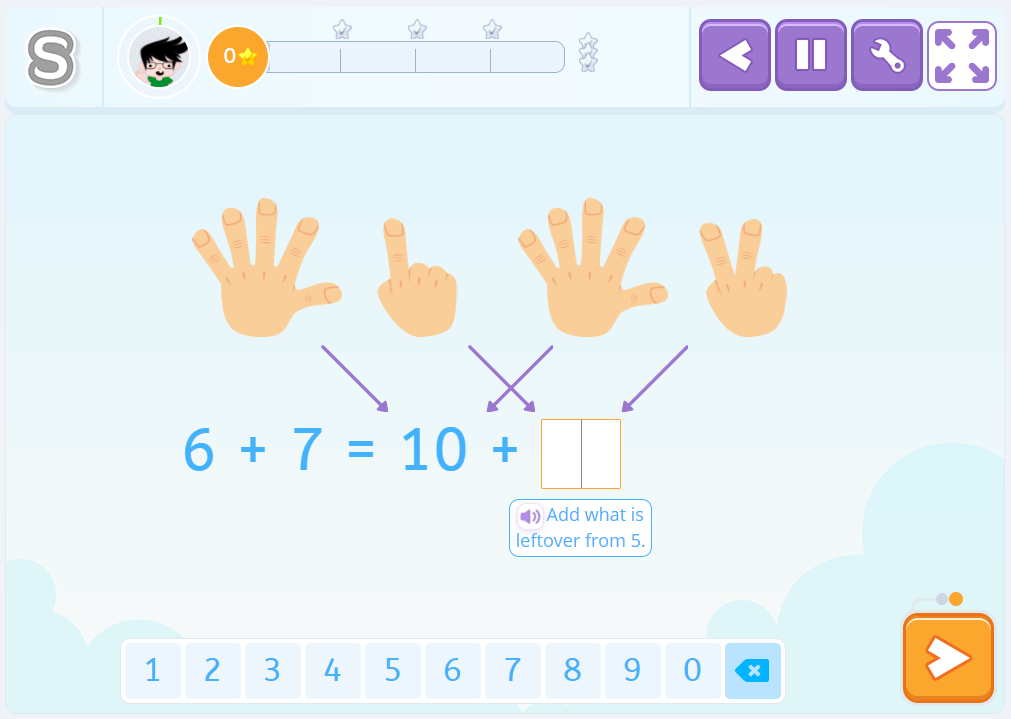 So, through decomposition of the addends, we have found operations that are much simpler for us because we have them internalized as numerical facts and have been able to solve the operation.

Other examples can implicate the use of doubles of numbers less than 10: 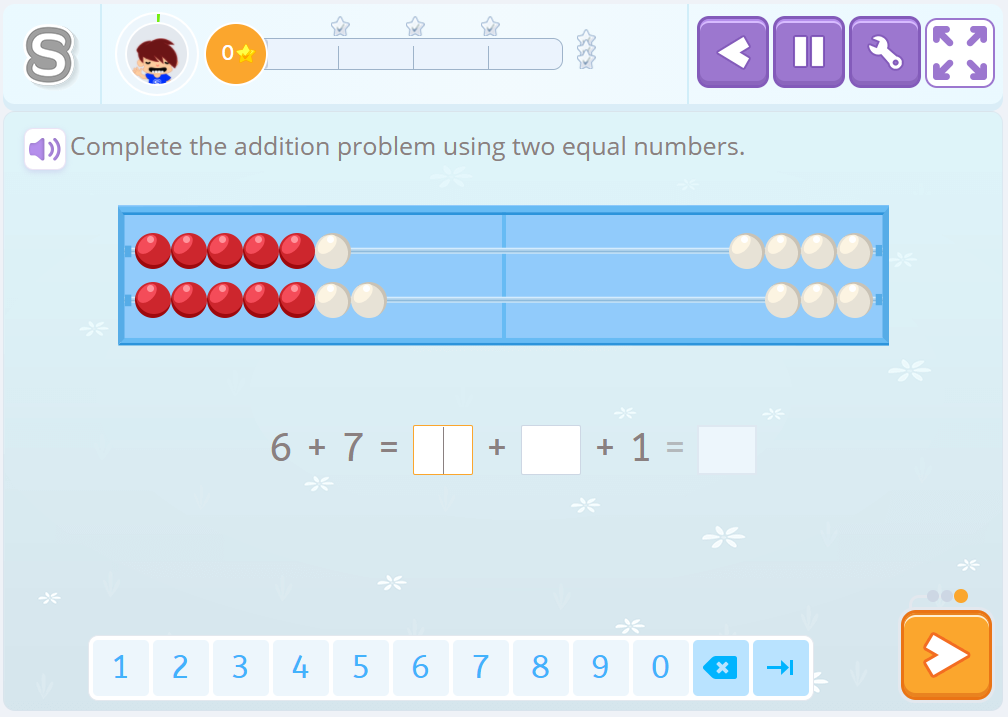 Jump strategies get their name because, although we apply bases of the decomposition of factors, we ‘jump’ down the number line. Let’s look at an example.

In these strategies, we usually use them as a reference, also the ten and multiples of five. So one way to solve this addition would be by stopping at the ten: “6 and 4, ten, and 5 that I have left to add, 15.” 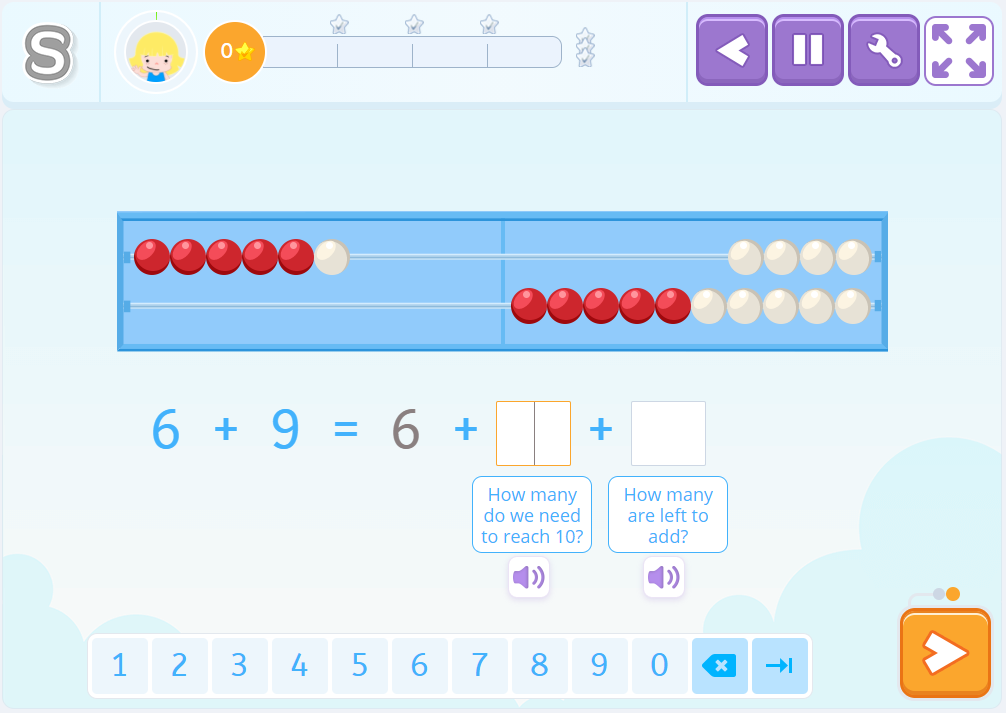 Or fall back on the relationship that 9 has with ten and keep in mind that 9 is equal to 10 minus 1, that is, that adding 9 is the same as adding 10 and removing 1, or “add a ten and take away one unit.” 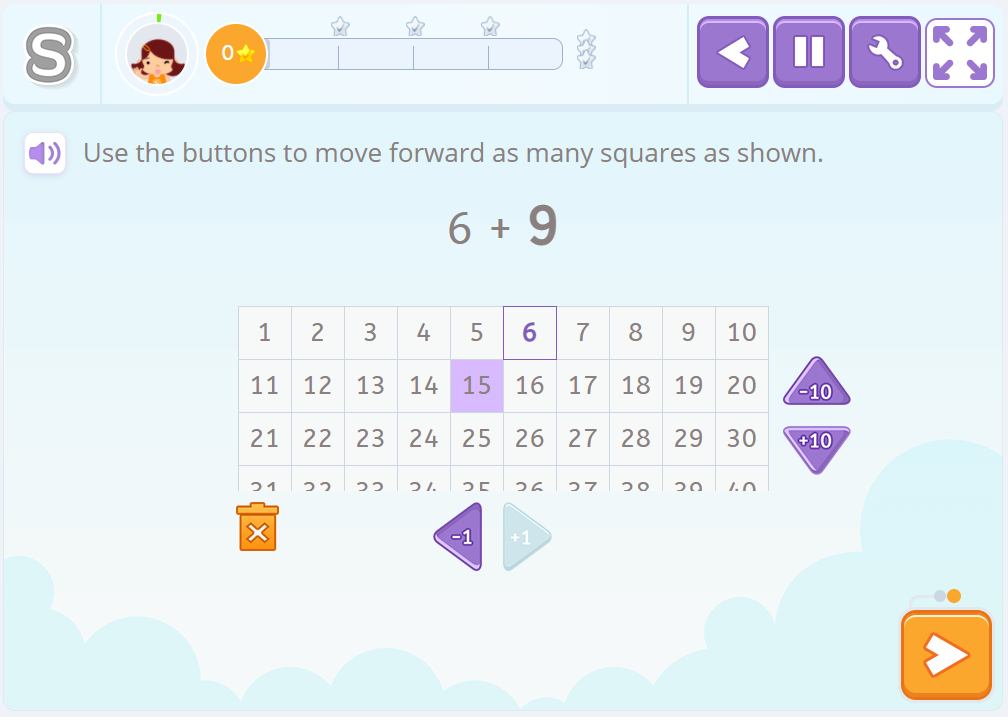 This is where our post on mental math strategies ends but there are many more to learn. Log on to Smartick and try it for free, so you can discover them all!