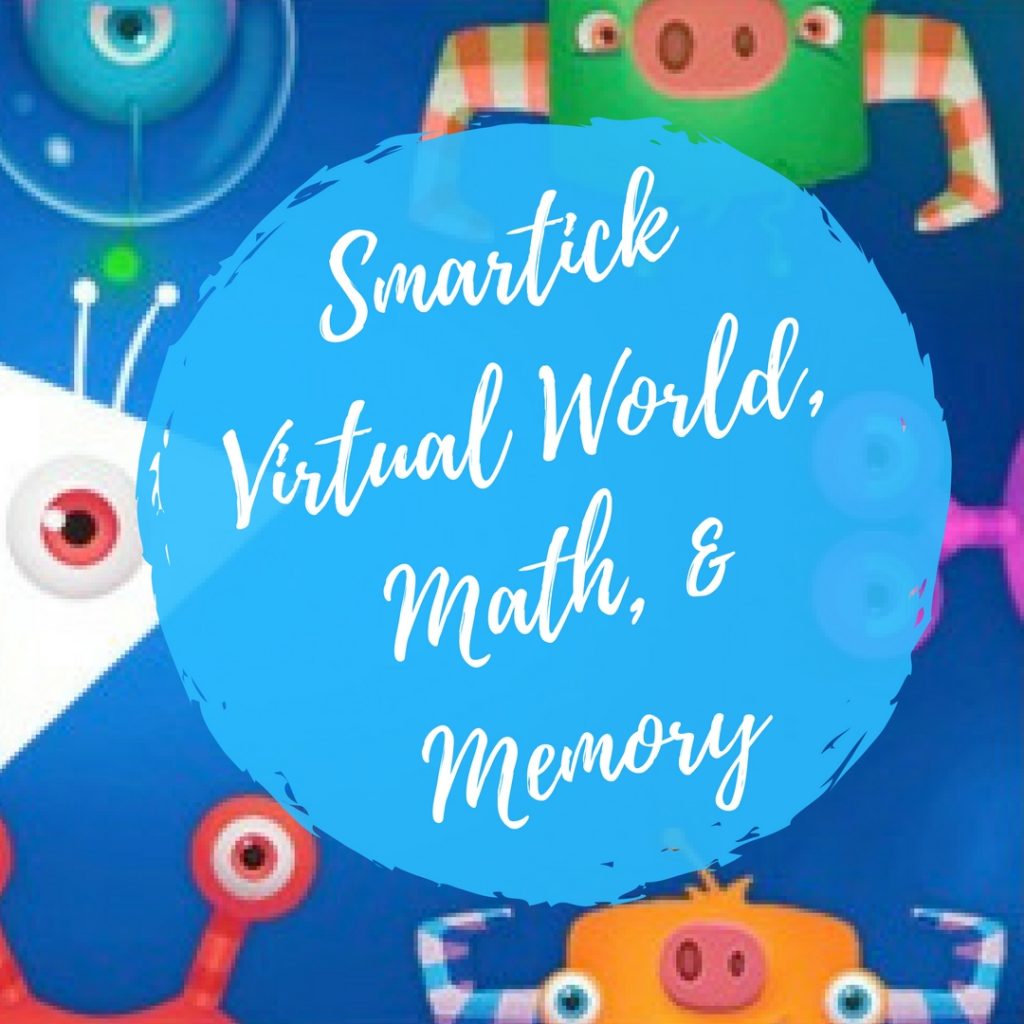 What is Working Memory?

Math skills and achievement are related to a student’s memory, or in technical terms, their mental capacity to encode, store, and retrieve information [1,2]. There are two types of memory relevant to arithmetic operations:

The creation of a memory starts off in working memory. For example, when we are first learning simple addition, we have to practice it repeatedly and focus our attention on the operation. After we have mastered the operation, it goes into long-term memory and we can do it without consciously thinking about the steps involved. When we perform these simple operations (addition, subtraction, multiplication, or division) or solve more complicated word problems, we rely on our working memory to interpret and later encode the information or procedure.

Based on Baddeley’s theory [3], there are four parts of working memory:

The diagram below helps illustrate the processing of sensory information, which goes through the central executive and subsequent systems of working memory before eventually being encoded in long-term memory. For example, in a simple “2 + 3” addition problem, you look (sensory input) at the 2 and the 3, pay attention (central executive) to the numbers and focus on the necessary arithmetic operation, and process or manipulate the visual information (visuospatial sketchpad) in order to complete the problem. The “2 + 3” operation might then be stored in your long-term memory; in the future, you won’t have to use your mental blackboard for calculations, you’ll just retrieve it from long-term memory. 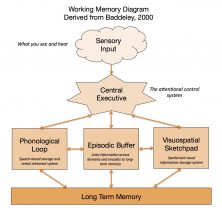 Why is Working Memory Important for Math?

When it comes to performing math operations, working memory is especially important for manipulating and maintaining information, as well as retrieving it from long-term memory [1]. In particular, the visuospatial sketchpad has been linked to math performance during elementary school because it functions as a mental blackboard supporting number representation, such as place value and alignment in columns, in counting and arithmetic [4,5,6,7]. The central executive also plays a significant roll in directing attention to different aspects of the problem.

To solve a math problem, such as 7 x 12, a child needs to hold the relevant information in their mind and manipulate it. The problem may be solved by using the strategy to split this problem into subproblems [(7 x 10) + (7 x 2) = 70 + 14], requiring the child to keep the answer to one of the subproblems in mind, while also keeping track of the manipulations and intermediate solutions [4]. There is ample evidence that children with a higher working memory capacity have an advantage in mathematics [8,9,10,11]. It is easy to imagine how being able to hold more information in your head would give you an advantage in arithmetic problem solving.

How are Smartick Virtual World Games relevant to Working Memory and Math?

The correlational relationship between math achievement and working memory, as well as brain training games and working memory, suggests that they might all be connected [12,14]. Playing games in the Smartick Virtual World may have the potential to increase your child’s working memory and, as a result, improve their math achievement in Smartick Method and school [12]. The field of research on these correlational relationships is still growing, but suggests that the brain-training games in the Smartick Virtual World are not only fun for your child, but also potentially valuable to their math skills and school achievement.

At Smartick, we are always looking for the best ways to encourage development and stimulate brain growth. That’s why we plan to present our own research findings on brain-training games in correlation with increased math achievement as part of the Horizon 2020 EU Research and Innovation Program.

Lily Massaro
Lily is from Portland, Oregon (US). She studies psychology and education at Middlebury College in Vermont, but is currently interning at Smartick in Madrid.
In her free time she enjoys cooking, running, and working with children.