Cognitive Training and Its Application to Improve Dyscalculia Symptoms

At Smartick we have opted to offer math activities and cognitive training games to complement and optimize the math learning experience for children, including those with learning difficulties. In this post, we will talk specifically about dyscalculia, as it is one of the learning disabilities that specifically relates to mathematics.

Cognitive Areas Most Affected in Children with Dyscalculia

When these areas are not functioning properly they produce substantial learning difficulties that must be improved through training. 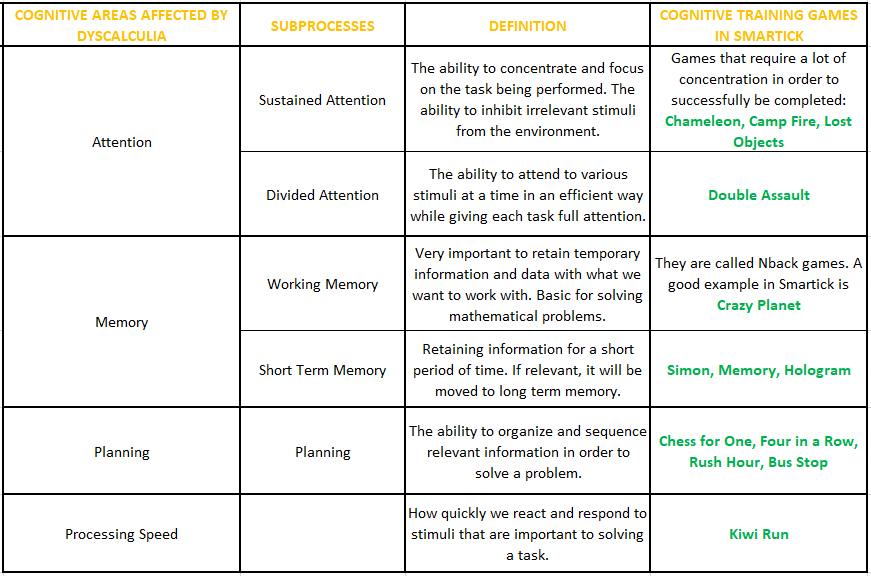 Most Common Symptoms in Primary School-Aged Children Who Have Dyscalculia

Other Difficulties Related to Dyscalculia

People with dyscalculia can simultaneously present other symptoms that can be linked to other diagnoses, such as:

Smartick’s activities during daily sessions, combined with competitions and games in the Virtual World, are especially suitable for stimulating and training skills in a personalized way, adapted to the needs of each child.