Equivalent fractions are fractions that represent the same quantity. For example, which of the following do you believe will be the biggest?

What have you figured out? We are going to see it with an example, sharing this pizza in as many slices as the fraction indicates.

In order to represent 1/2, we will divide the pizza into 2 slices and keep 1 slice for ourselves: 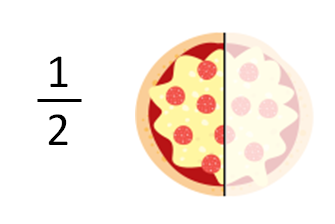 In order to represent 3/6, we will divide the pizza into 6 slices and keep 3 slices for ourselves: 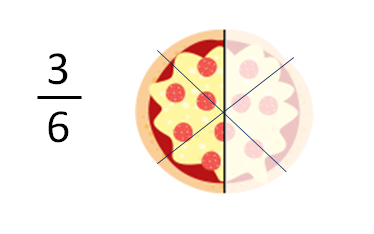 In order to represent 4/8, we will divide the pizza into 8 slices and keep 4 slices for ourselves: 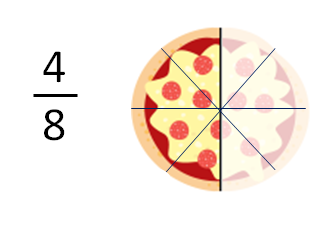 Is there a piece of pizza that is bigger? No! Notice, the three fractions represent the same quantity of pizza, one half; therefore those are equivalent fractions:

How do we know if two fractions are equivalent?

Two fractions are equivalent if they represent the same decimal number.

For example, the three previous fractions represent the same decimal: 0.5.

How are we able to find a fraction equivalent to another?

If we want to find an equivalent fraction to another, we can: 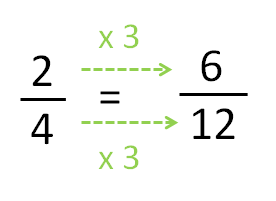 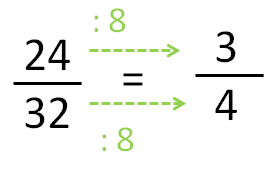 Are you ready to practice some exercises with equivalent fractions? Try out the following links:

Remember that you can register on Smartick and learn more about equivalent fractions and everything about elementary math. Sign up for free.