How to Add 3 Fractions with Different Denominators

On the Smartick blog, we have written a lot about fractions and the different operations we can do with them. In today’s blog post you can find much more information!

Until now, we had not written about operations with more than 2 fractions.

In this post, you are going to learn to add 3 fractions with different denominators with help from a visual aid. That way, you can understand the mathematical process behind the calculation.

We are going to begin with the following addition problem:

To understand this problem correctly, we have graphically represented each addend:

We will start by adding the first 2 addends.

Now you can solve it easily! The two are shown in ”sixths” and that way we get the following sum:

We can represent the sum of this equation like this: 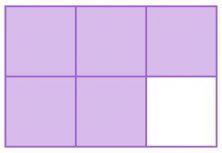 Now all that’s left is to add the third addend, which we can do like this:

To be able to add them, we divide them into equal parts like before:

We’ve converted the 2 fractions into ”twelfths” and now have the sum:

That we can represent in the following way:

Have you seen how easy it is to add fractions?

Visualizing everything makes it much easier!

How to add 3 fractions with different prime number denominators

Now we are going to solve a problem that is a bit more difficult because the denominators are different prime numbers and we need to go through the process a bit more carefully:

But as you can see, with the visual help it makes it easier as well!

Since the sum of the first two is the same as before, we have already calculated that answer above:

And we have the following sum:

We divide both representations into equal parts:

Now we have the 2 fractions in ”thirtieths” and the sum:

And if you want more primary mathematics, sign up for Smartick and try it for free.