Children reach an important milestone in their education when they go from learning to read to reading to learn. Good reading comprehension opens the door to acquiring new knowledge. Better reading comprehension has a positive impact on a child’s academic performance in all subjects where reading is the main source of information – including mathematics.

Many studies show a relationship between certain types of linguistic abilities and mathematical abilities (see, eg, Zhang, Koponen, Räsänen, Aunola, Lerkkanen and Nurmi, 2014). One example of this is the resolution of word problems.

In order for children to learn mathematics, it is helpful for them to understand how to resolve verbal problems in contexts that are meaningful to them. To do this they need to engage in the process of reflection.

Reflection is not automatic for all children. Some authors suggest that when children face a math problem, they try to apply numbers or formulas they already know rather than stopping to reflect on the problem to see whether or not this is an appropriate approach. (Verschaffel, Greer and De Corte, 2000).

Influenced by these findings, a group of American researchers designed a study intended to demonstrate that teaching children a certain type of reading comprehension strategy can have a
positive impact on their ability to solve verbal problems (Glenberg, Willford, Gibson, Goldberg and Zhu, 2011).

The method they proposed is called “Moved by Reading” and tries to teach children to create mental representations of situations as a fundamental strategy for understanding any kind of verbal problem. This method consists of two phases. In the first phase, the child reads a series of statements and is asked to handle certain types of items (toys or other objects) that simulate or represent what they have just read. Playing with the items in this way generates a wide range of information for the child to process at the sensory, cognitive, motor and emotional levels. It also allows a teacher to quickly check if the child has really understood the text they have just read.

After the child has had the chance to practice physically representing the stories, the second phase begins. The child is asked to re-present the texts, not with physical objects, but in their own minds. The authors of this study call this “imaginary manipulation” and found that children who were trained in this method had improved reading comprehension (Glenberg et al., 2011).
The authors expanded the scope of their study by designing a series of verbal math problems that contained additional information not directly related to solving the problems. They found that children who used the strategy of building mental models via the “Moved by Reading” method, correctly solved more math problems than those who were not taught that strategy. The authors concluded that imaginary text manipulation helped children to understand math problems in context and to correctly extract relevant numerical information.

The “Moved by Reading” method still needs continued validation to see if its effects can be sustained over the long term. However, it seems clear that helping children develop a range of skills to effectively solve verbal problems also helps them establish connections between symbolic thinking and problems in the real world. 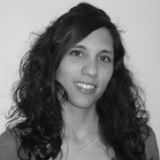