In today’s post we’re going to learn about mixed numbers, which are much easier to interpret than the improper fractions they represent.

Improper fractions as a mixed number

Remember that a mixed number is a numerical way of representing a fraction greater than a unit (improper fraction), or in other words, to represent fractions in which the numerator is greater than the denominator.

Let’s start with an example: 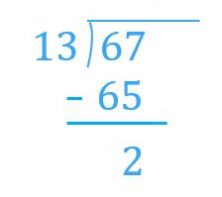 Now we’re going to look at some examples of the exercises and problems involving mixed numbers that you can work on in Smartick.

In the first type of exercise, we can practice writing the mixed number from its representation with pie charts. As you can see, this example shows a completely colored circle, and 1 equal part out of 4 of another circle colored. 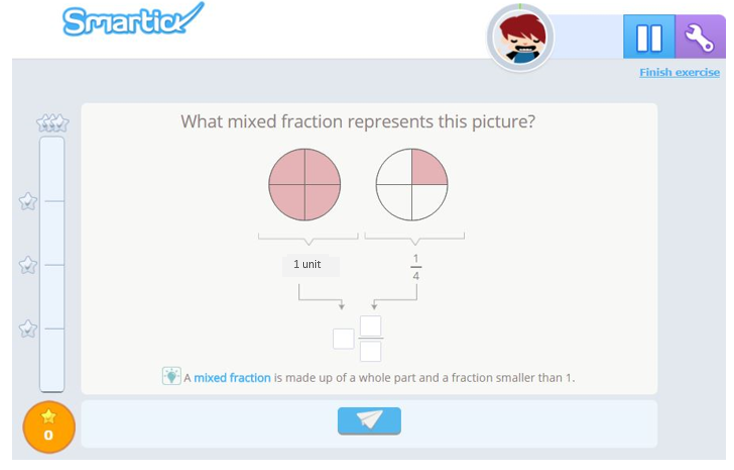 Therefore, it’s easy to see that the number represented graphically is 11⁄4: 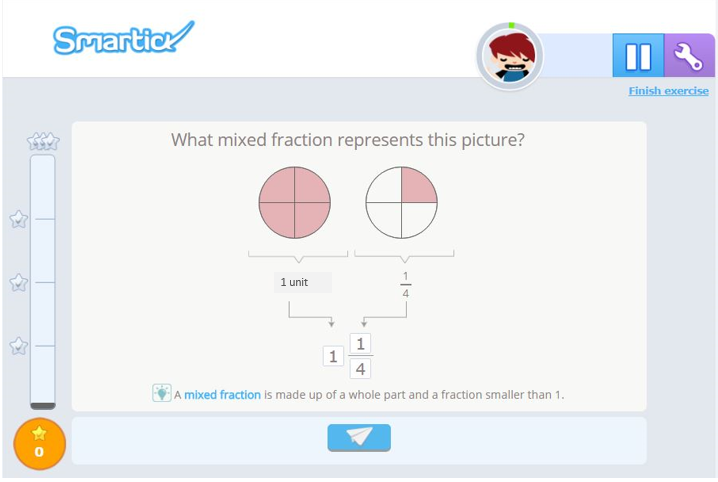 In the second type of exercise we’re going to use pizzas to help us practice converting an improper fraction into a mixed number. As you can see in the example, we have 2 whole pizzas and three-fourths of another pizza. 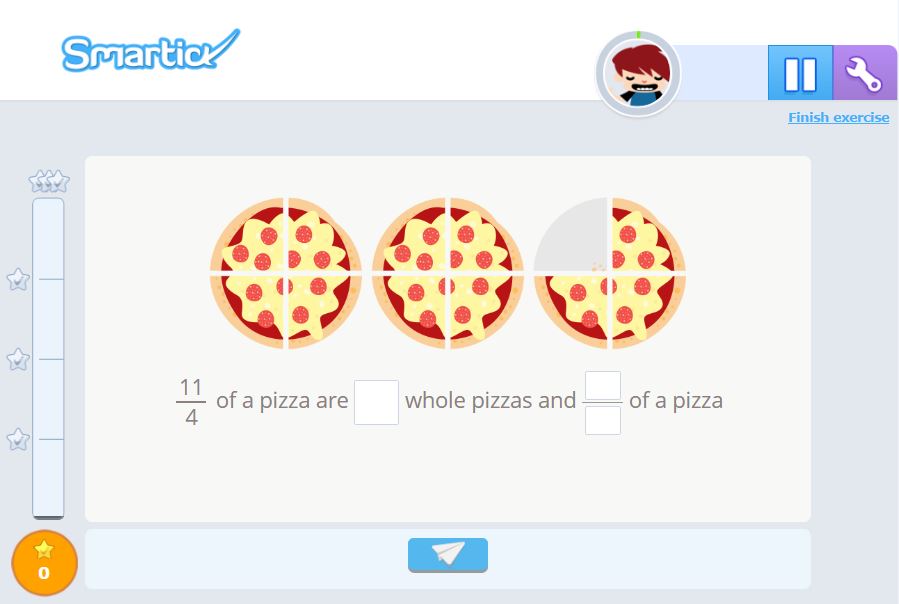 You can easily see that 11⁄4 of pizza is 2 whole pizzas and 3⁄4 of another pizza. In other words, the mixed number that corresponds to the improper fraction 11⁄4 is 23⁄4. 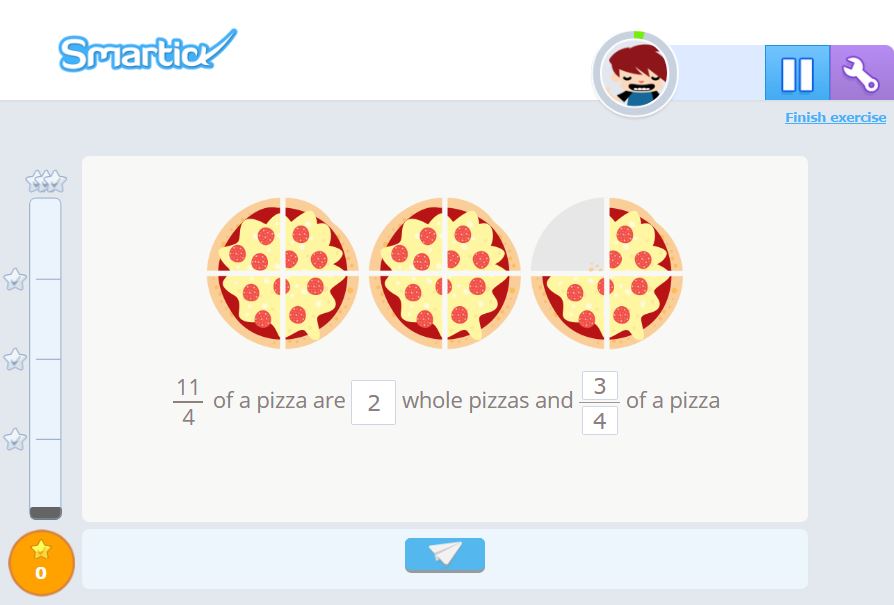 This way it’s much easier to interpret, isn’t it?

In the third type of exercise, we practice writing improper fractions and mixed numbers by representing them with circular charts. In the example, you can see 2 complete circles and 2 equal parts out of 3 of another. 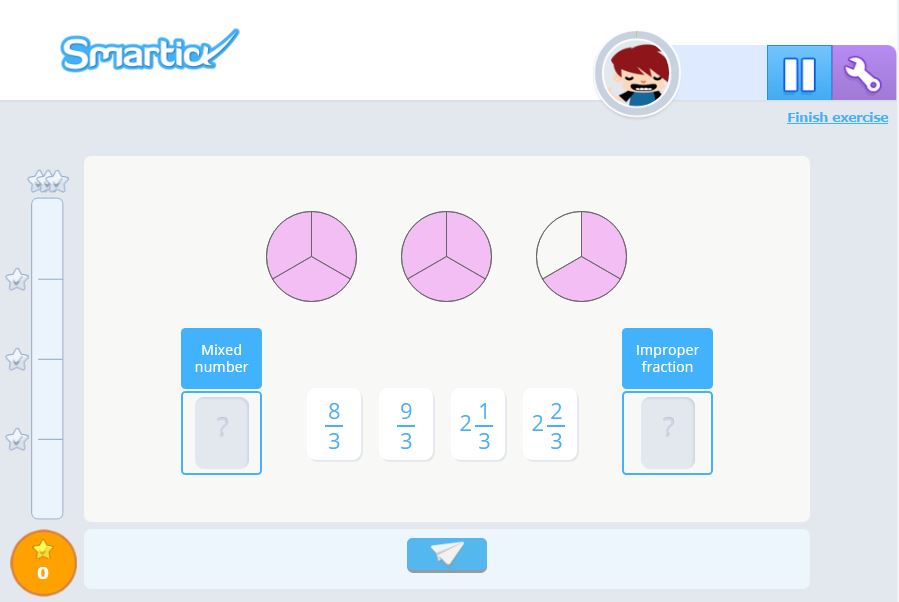 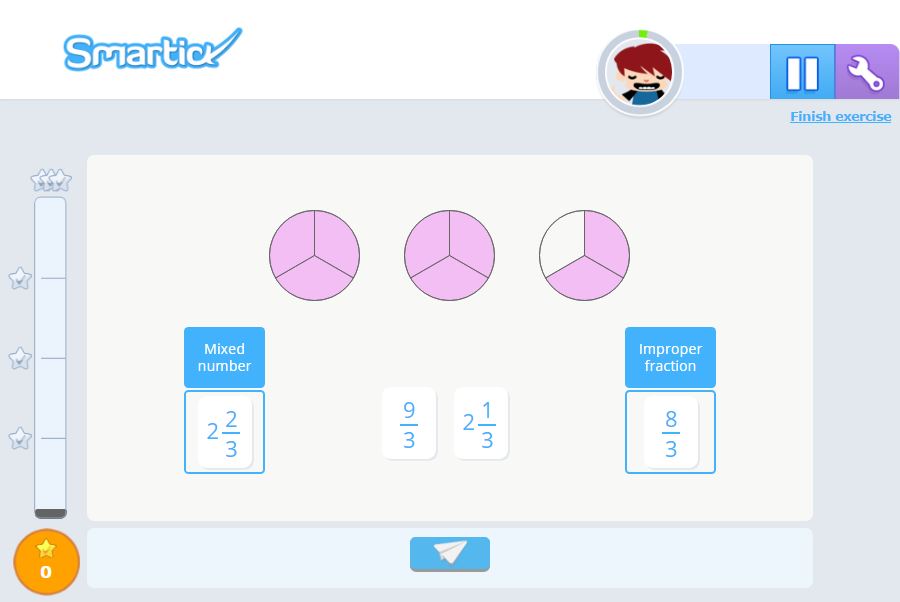 Finally, let’s look at an example from Smartick in which we work with mixed numbers to solve problems. 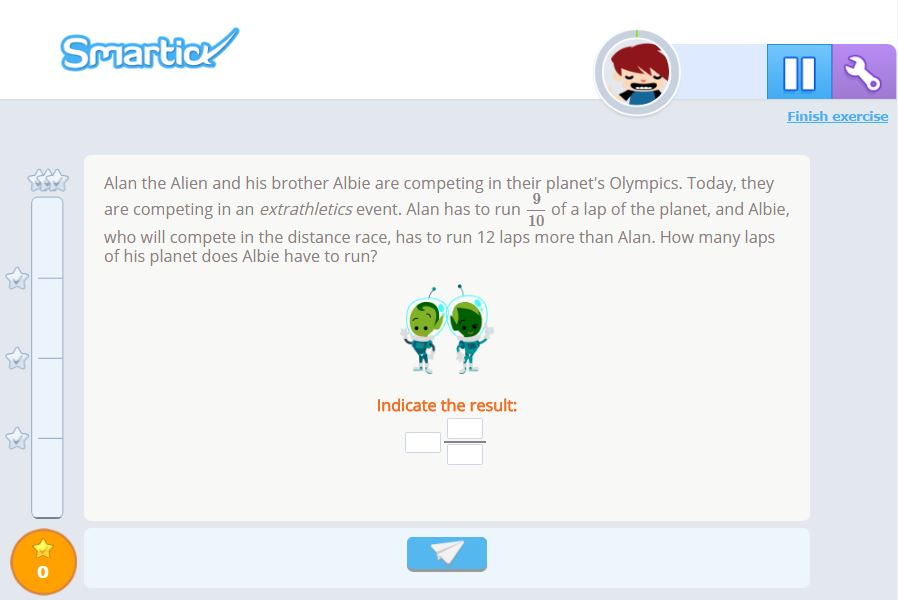 Representing the result as a mixed number is really easy because you don’t even have to do anything to add 12 and 9⁄10, you just need to write the whole number followed by the fraction: 129⁄10. 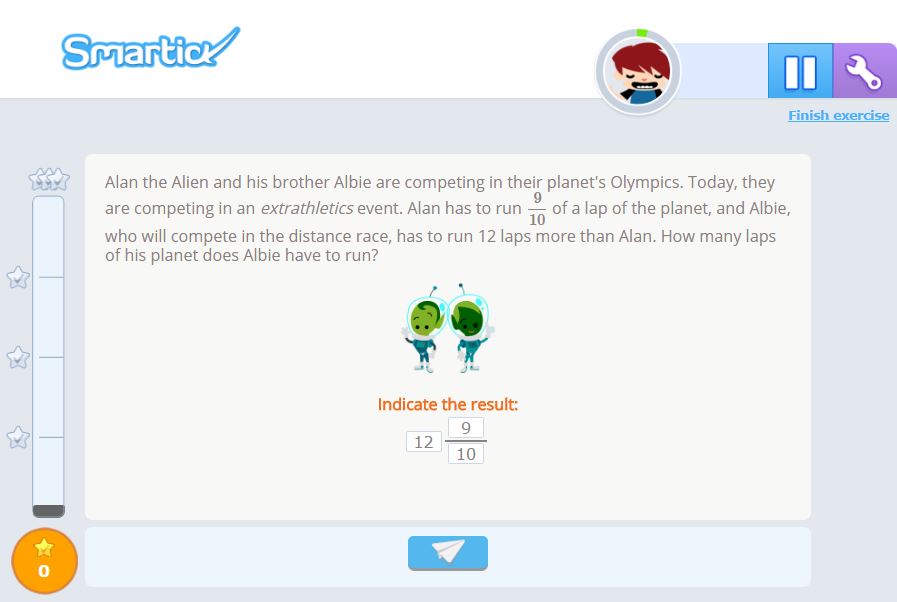 Therefore we can say that Albie has to run 129⁄10 laps around his planet.

And that’s all for today!

What do you think of this post? It’s really quick and easy to solve these exercises using mixed numbers, isn’t it?

If you want to keep learning and practicing more primary mathematics, log in to Smartick and try our learning method for free.