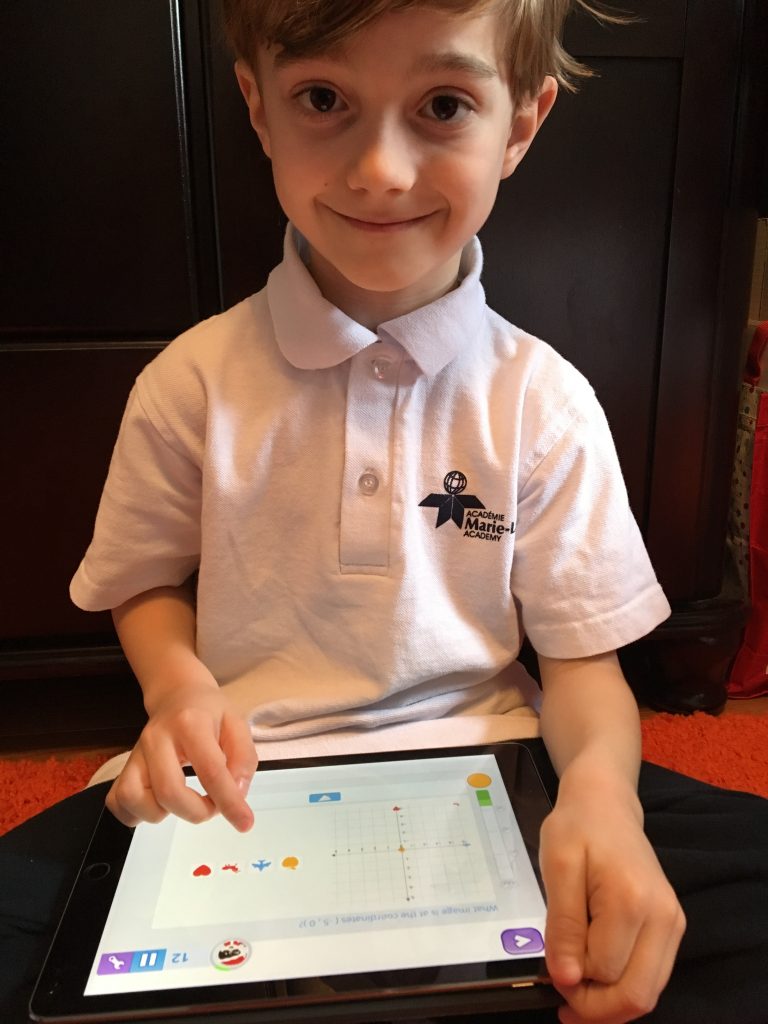 We reached out to Venetia because we wanted to know more about our families in Canada, and we are happy to say that it is such a pleasure to meet mothers like her. She was so willing to help us understand how we are incorporated into her family, how we can improve, and what her opinions are regarding math in schools. Also, our curiosity was piqued when we learned that her son, Stephen Arturo, is a gifted child, and her family made us want to learn about the opportunities gifted children have in Canada.

Stephen Arturo has been using Smartick for 15 months and has completed 450 sessions so far.

How does the Canadian education system work for gifted children?

Quebec is unique compared to the rest of Canada because it doesn’t recognize giftedness at all. In the other provinces, a child that is identified as gifted gets an IEP (Individualized Education Plan) and accommodations are made for that child’s education. In Quebec, learning difficulties are addressed, but giftedness is not seen as something that should have resources diverted to it (despite the fact that being highly gifted often comes with many challenges). The only options left for my family are homeschooling (which is very difficult to do in Quebec where the school boards are often hostile to families that try to homeschool), grade acceleration (that’s what we chose), or leaving children to “figure it out.” Unfortunately in my son’s case, skipping one grade is not enough, but skipping two grades is not possible. This means that my son spends a lot of his time in class being bored, and it’s very difficult to get any accommodations made for him. Enrichment for him has to be done outside of school hours, but this is difficult since he is tired after doing homework and extracurricular activities (such as chess club, art, and jujitsu).

In the beginning, did you not trust using something like Smartick because we are online?

I was not at all skeptical of Smartick being an online method. It looked like a fun way to learn math, and we had already had some experience with learning apps (Dragon Box, Pet Bingo, Brainzy, Reading Raven, Brain Pop Jr., Khan Academy, etc). I prefer my son spending time on something like Smartick as opposed to YouTube.

We have read critiques from Canadian parents about math levels worsening in schools—do you share this perception?

I personally don’t share this perspective, but this could be because my son is in a private school. He is in grade 2 and they are learning the multiplication tables already, as well as some basic division. They also use a textbook called “Challenging Math,” which enables students to do some more interesting math. I am sure that this math is more advanced than when I was in school (I went to public school), but again, my son is in a private school so I can’t compare. Unfortunately, the [school’s] math is still not advanced enough for my son and he is bored. There is a Kumon near me, but I have never thought to send my son there. My original interest in Smartick was because it made homeschooling a real possibility. I decided to [have my son] keep using it because I feel that it is a great app (we rather call it a method, but this just shows that we have to explain what we are better ;))

Were you not concerned about screen time?

Like any mother, I worry about the abuse of technology. My son would be happy to play video games all day and I have to limit technology. I don’t feel that Smartick falls into this category, however.

Do your friends understand why you are paying for extra math?

I think that for most people, it is hard to understand paying for extra math. I can see [Smartick] being great for gifted kids that need something that can adapt to their learning speed, or for children who are struggling. Also, Smartick could work as a math program for homeschooling.

Is your son’s school aware that he is using Smartick?

My son’s school actually has no idea about Smartick or that my son uses it (it would be great if they would allow him to use it in school, but they are very rigid when it comes to modifying their curriculum. They won’t even let him use a more advanced workbook during math class. He has to do what everyone else does). It’s really too bad.