In today’s post, I am going to show you how to represent powers with rods. It is fun and easy, you’ll see!

We will represent powers to the 2nd and 3rd degree, which are the ones we can reproduce within three dimensions of the physical world.

To begin, I will show you a picture of the rods that represent each number from 1 to 10: 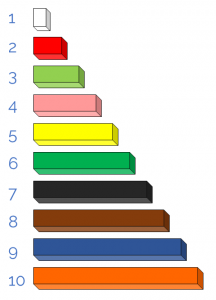 If you would like to download them and use a paper version of the rods, you can do so here.

We are going to represent the following power:

Since four squared is four multiplied by four:

In order to represent it with the rods, we use the number four rod four times.

We can do so by forming a square, putting each one on top of the other. 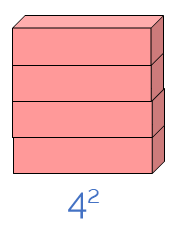 This way we have represented the power of four squared, or ”the square of four,” which is 16 in the form of a square: 4 units wide and 4 tall.

In the same way, we can represent the squares of numbers 1 to 10 in the form of a square: 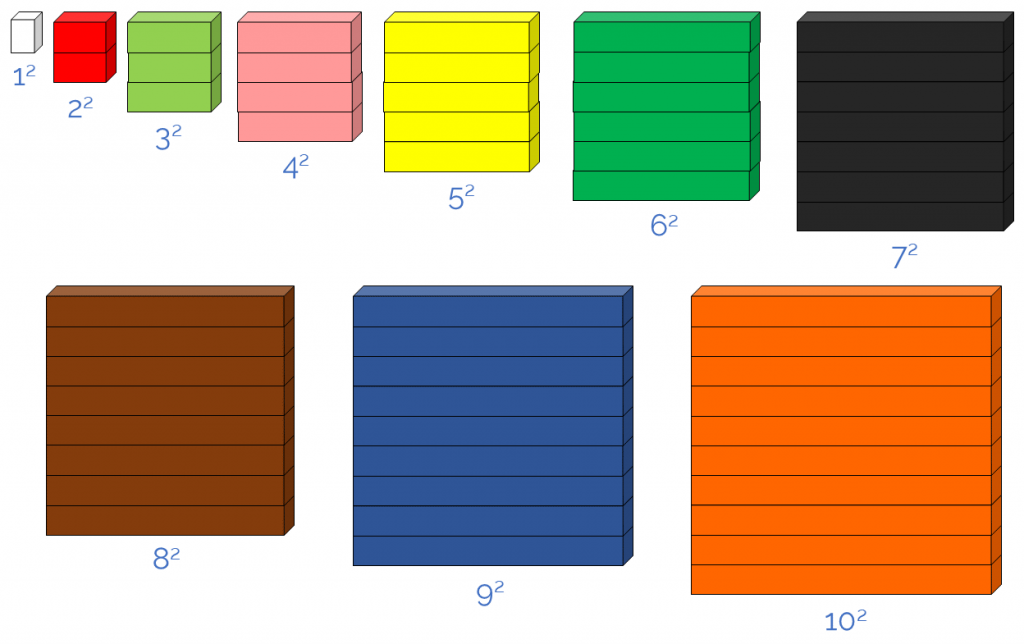 Continuing with the number 4, we are going to represent the following power:

Since four cubed is four multiplied by four 3 times:

And since we have already represented four squared, it will be just as easy representing four cubed(remember that its front part was square?) because it’s repeated four times.

If we put each representation of four squared one behind the other, we’ll have formed a cube: 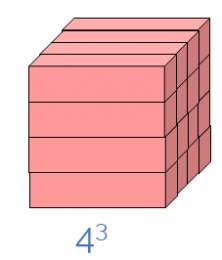 Similarly, we can represent the cubes of the numbers 1 to 10 in the shape of a cube: 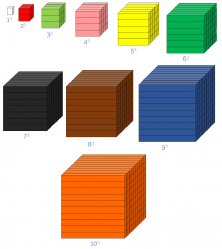 Well, there you have it, representing powers with rods!

Do you know about the squared numbers? And cubic? Tell us in the comments!

And as you already know, if you would like to continue learning mathematics topics like this, login to Smartick and try our method for free.