If there is anything certain in the debate about why there aren’t enough women in engineering and general sciences, it is that girls see too few role models in these fields. That is not to say that the availability of STEM role models is an issue that only affects girls (soccer stars and celebrities spend far more time in the limelight than scientists) but there are still a number of uncomfortable stereotypes about women in the sciences.

We want to highlight girls’ achievements in mathematics in particular. Thanks to the exercises that thousands of students do every day on our platform, we can state emphatically that there is no difference between the abilities of boys and girls.

Let’s free ourselves from all types of prejudice. You can be a programmer and paint your nails; you can be good at math and dye your hair whatever color you want; you can be working in the lab and at the same time, think about how blue would look great on your toenails with those sandals. 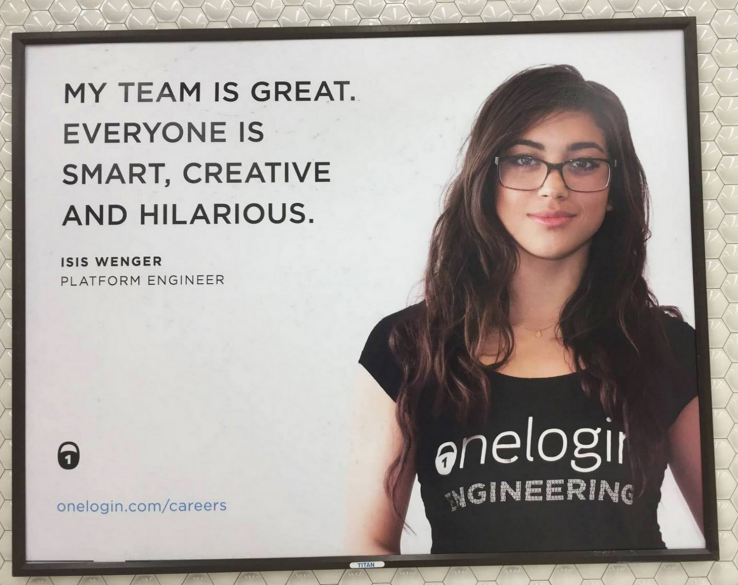 This image is from a spontaneous campaign from last year that aims to break down female stereotypes in engineering. #Ilooklikeanengineer was the hashtag started by Isis Wegner, a systems engineer at a San Francisco based company. Wegner was photographed for a company ad and wrote in Medium about the reactions to the ad that she received. The majority of the commenters said it was impossible that she was an engineer because of her appearance. In other words, she was too pretty to be an engineer. Meanwhile, another ad Wegner included in her article showed a male Ruby on Rails programmer in his boxers, claiming he was the hottest tech talent around.

Wegner asked woman engineers to use the #Ilooklikeanengineer hashtag in order to redefine what we think engineers should look like. And the world responded. There were mom engineers, posting a picture with their children, engineers with dreadlocks, with piercings, with both modest and daring styles—a completely mixed line-up, just like humanity itself.

So then, who dictates what an engineer should look like?

Tracy Chou, an engineer at Pinterest, was featured in Vogue with her statistics on female presence in Silicon Valley. According to data she gathered, women don’t even makeup 20% of the working population in any technical area in big companies. Readers learned that Chou loves rock-climbing, a trendy sport in the tech industry. She and other programmers refer to the climbs as routes and problems. Meanwhile, Chou was pictured in Calvin Klein, even as she discussed how she would have to wear jeans and a T-shirt to a technical conference in order to fit in.

At Smartick, we want to break the glass ceiling and see lots of women be successful in the world of technology. However, we know that lots of factors need to be put into motion in order to accomplish this. We have to find ways to inspire girls to stay in math, especially during their adolescence. This is often the time in their lives when they are discouraged because of prejudice, lack of role models, or simply because as kids they never got a good handle on math basics and there was no one to encourage them to keep trying. We are here to make sure that they don’t give up. We are here to break down stereotypes and personally dedicate ourselves to supporting every student.

We hope that, within a few years, there won’t be a need for campaigns like Isis Wegner’s.